Motion designers and VFX artist below is the list of the After Effects shortcuts specially listed for you.

The above After Effects shortcuts will be a game-changer for you once you start using them. These shortcuts can save you valuable time and effort. Workflow becomes effective as well as efficient. After all these points even if you are looking for an alternative to the After Effect. Blender is the most trending one. 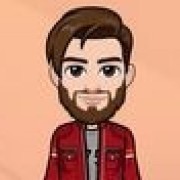 Hello, My name is Pratik, Founder of Tutorial Tactic. Only the mistakes will help you learn and Tutorial Tactic drives you to stand strong and learn even harder & achieve success!